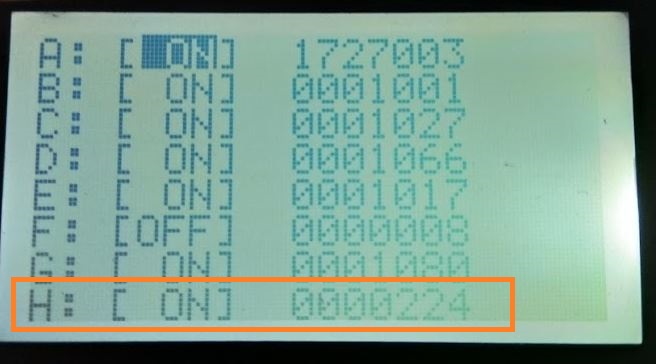 The symbol is not working in the current firmware (1.7x), so you have to use an older programming software 1.01 (as the firmware is transferred via software). Update 2/2020: There seems to be a new software/firmware 2.03 available, antenna symbol works with it.