The W8008 is a product of the chinese company http://www.wex.com.hk. A variation of it is offered by https://alphapoc-europe.de as AlphaPoc 606R (but the firmware has some differences). 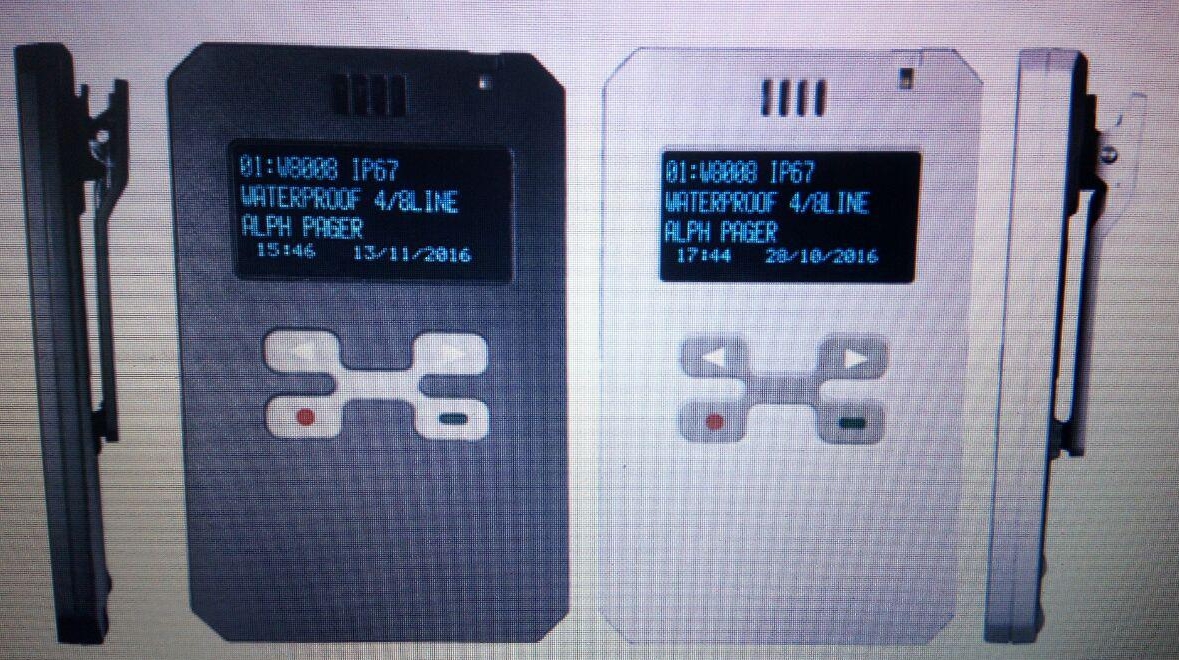 The display is an OLED-display: 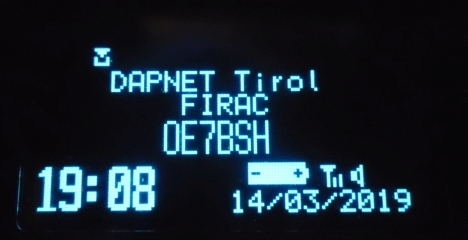 Programming „on the fly“ is possible for the most important parameters (RICs, frequency). Access to hand programming: Long press of green and red, default password 1234. (For more information on hand programming please see AlphaPoc 602R) 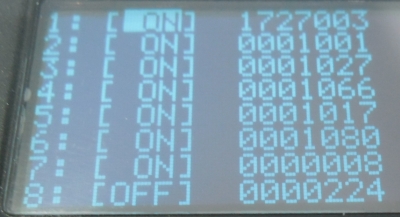 The programming software is confirmed to run with Win7 and Win10. No driver has to be installed manually, the OS should recognize the hardware. 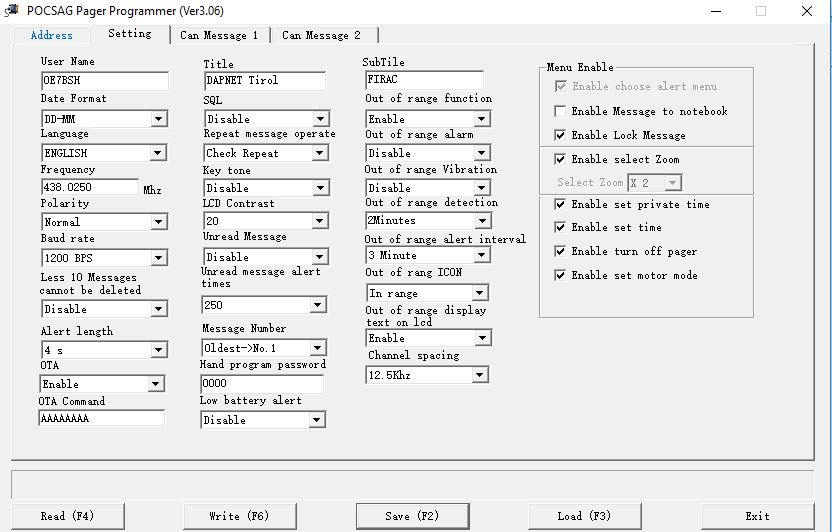 As the W8008 pager doesn't have a predefined RIC, the RIC will be assigned by the DAPNET support team, normally based on the existing CCS7 / DMR ID system. The POCSAG addresses are limited to 2^21 = 2097152, so IDs greater than the limit have to be shortened. It is not necessary to have a CCS7 / DMR ID to register a pager on DAPNET.

The reception of the rubrics originally designed for Skyper described here is not as convenient on the W8008 as on the Skyper. But there is a workaround: The rubrics are transmitted in both Skyper format and as personal messages. The RIC used for the rubrics for this purpose is 1000 + <RUBRIC Number>. So e.g. rubric number 42 is RIC 1042. You can assign up to 8 POCSAG addresses (RICs), on your W8008 that it listen to. It is convenient to programm your personal RIC and additionally the RICs of up to 7 rubrics. So you can still receive the rubric content on the W8008. A major drawback is, that the W8008 will not distinguish between those and really personal messages, filling up your memory quite fast.

Attention: As per 18th of march 2019, maildrop doesn't work, produces „garbage“ on the display.

As the W8008 pager doesn’t support rubrics (like the skyper pager), the data is transmitted via a RIC address, e.g. for weather RIC 1080. 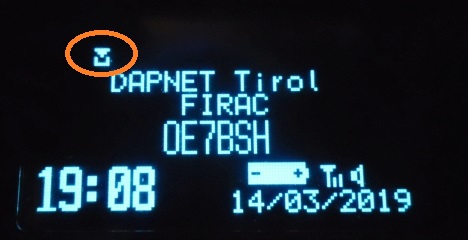 out of range alert

The W8008 has two possibilities for „out of range“:

Additional the pager can show an alert text „Out of range“ on the display. 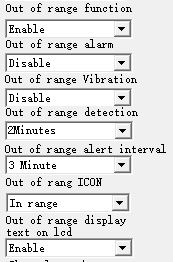 It seems as up to now the W8008 cannot get the date/time via OTA (over the air). 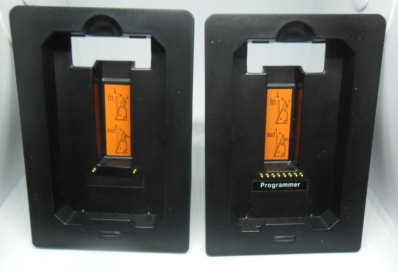 The W8008 has no built-in usb interface, therefore you need at least one of the stations. The both stations look like the same, but the charging station has only 2 contacts, while the programming station has 8 contacts. 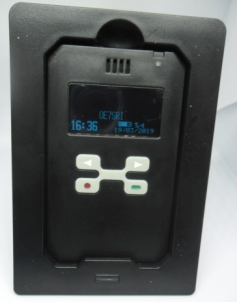 One issue when using the programming station for charging: While in the station, the time stops and will not be restored on removal. 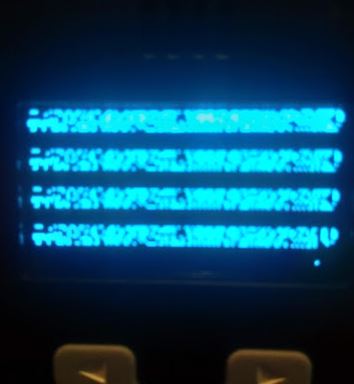